The Battle of Albuera

Trujillo is famous for its beguiling scenery, wonderful weather and delicious local delicacies. However, Trujillo and the Extremadura region in western Spain has a rich, and at times violent, history. The Peninsular War in the early 19th century is one such period. 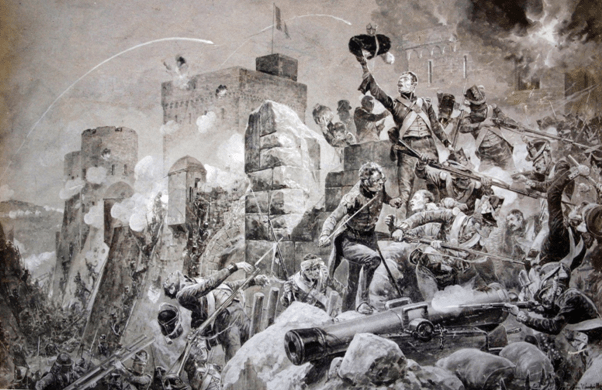 In 1807, France and Spain joined forces to invade Portugal and conquer the Iberian Peninsula. However a year later France turned on Spain and so began several years of conflict. Eventually the war was won by a coalition formed by the British, Portuguese and Spanish armies.

In Extremadura, the Battle of Albuera in 1811 occurred in the small village of La Albuera but is an important event in the history of Badajoz – the largest city in the Extremaduran region. On 16th May 1811, the Allied army of Spain, Britain and Portugal engaged the French army. After a long stand-off against the Allied forces at the Lines of Torres Vedras in Portugal, Marshal Soult led a French expedition to Extremadura in a bid to lure the Allied forces away from the trenches near Lisbon.

Marshal Soult captured the fortress at Badajoz from Spanish forces however he had to abandon the fortress city to return to Andalusia after the French defeat at the Battle of Barrosa. After Marshal Messéna withdrew from Portugal and the Lines of Torres Vedras, the Duke of Wellington sent a large Anglo-Portuguese contingent led by Sir William Beresford to capture Badajoz. They were able to capture much of the surrounding area but Badajoz itself remained under siege.

Marshal Soult quickly gathered a new army from Andalusia and marched to relieve the sieged fortress of Badajoz. However, when he arrived, a Spanish army led by General Joaquin Blake had already joined with the Allied forces and the French army was out-numbered 24,000 to 35,000.

The armies clashed at the village of La Albuera just 20 miles south of Badajoz. Although there were casualties on both sides, the French were forced to retreat and the Allied forces captured Badajoz. However, a month later the Allied forces retreated and a resurgent French force re-captured the city.

The Battle of Albuera was not a decisive battle in the war but it importantly showed that the British and Spanish armies could work together. It is also an important moment in history of Extremadura and the city of Badajoz. In 2011, the region celebrated the bicentenary of the Battle of Albuera and held a reproductions of the battle in full 19th century army outfits. 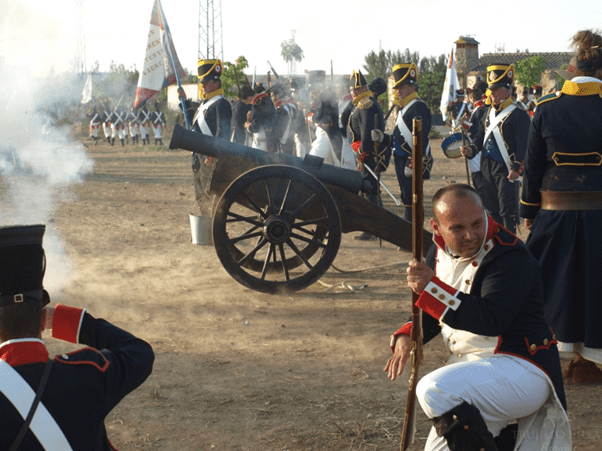 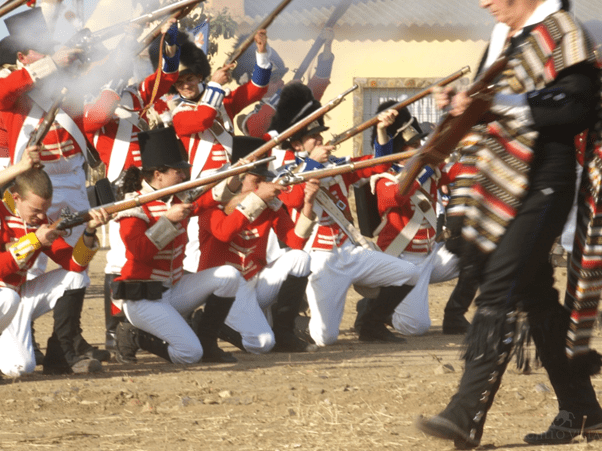 The Extremaduran region has a rich history and culture and the Battle of Albuera is only one highlight for anyone interested in a historical holiday in Spain. The Alcazaba, the Moorish citadel built in the 9th century, is a fantastic sight and makes Badajoz a must-see if you are in a driving holiday in Spain. It was declared a national monument of Spain in 1931.

Trujillo is only a short drive from Extremadura and makes for a fantastic location to explore the rest of Extremadura. From Trujillo, you can also visit Badajoz, Guadalupe, Caceres, Merida and Plasencia – perfect for anyone seeking a true cultural and historical Spanish holiday experience.

The region’s rich and vibrant history is clear to see wherever you go. In Trujillo, you will meander along cobbled streets with Renaissance, Gothic and Roman architecture in abundance. 14th century churches and Moorish castles can be found at the end of every corner and street – walking through Trujillo is truly a magical experience and often feels like you are stepping back in time.

At Trujillo Villas Espana we have several luxury Extremadura villa rentals properties that make for the perfect holiday accommodation in Trujillo. Villa Martires, Villa Moritos, the Garden Cottage and Villa Piedras Albasoffer unparalleled views in prime locations in the town.