One of the things that we love about Trujillo and Extremadura is its rich history and cultural heritage. The region is famous for being the birthplace of many conquistadors – the adventurous explorers that travelled to the New World 15th and 16th centuries. Trujillo is very popular for people looking for historic Spanish holidays.

One of the most famous people from Trujillo’s history is Francisco Pizarro, the conquistador that captured Peru. Hernán Cortés, also from Extremadura, is famous for capturing Mexico.

The region’s history is utterly inspiring and it is hard not to feel the history when walking along Trujillo’s many cobbled streets. Indeed, many of the architecture from the 14th century still survives inthe town today.

Imagine our delight when we came across a song entitled ‘Cortez and Pizarro’ by the band Radio Nowhere! The song chronicles the conquistadors’ journey to the New World and thee conquests over the Incas and Aztecs. Check out the song below:

As soon as we heard the song we wanted to speak to the band about the story and inspriation for the song. Mike kindly said he’d take part in an interview with us and we’re very excited for you to hear more about the song. It’s such an interesting story!

Firstly, can you tell us a bit more about the song, Cortez and Pizarro? Where did you get the inspiration from for the song?

As soon as we heard the song we wanted to speak to the band about the story and inspriation for the song. Mike kindly said he’d take part in an interview with us and we’re very excited for you to hear more about the song. It’s such an interesting story!

Firstly, can you tell us a bit more about the song, Cortez and Pizarro? Where did you get the inspiration from for the song?

“Several years ago, I drove from San Francisco, CA to La Ceiba, Honduras with a good friend and two small trucks. Telling the whole story would take more space than we’ve got, but there are a few highlights that might be interesting:

Anyway, spending a month traveling the entire length of the country really impressed me with the essential synthesis of Mexico: the indigenous people and culture, and the Spanish colonial presence. I think I was especially present to that mixture because it’s part of life in the part of the United States that I’m from, but of course it’s so much more pronounced in Mexico.

If you’re history-minded and you live in the New World, I think you really do look at the world through a different lens than Europeans do. The arrival of the conquistadores and the priests and colonists who followed them was an epochal event that shaped this hemisphere and is still echoing today, right down to the architecture and place names that are part of our daily lives.

One day, not long after we got back, I was looking into my bathroom mirror, preparing to shave, and had the odd idea that with my goatee and earring my reflection almost resembled drawings I’d seen of various conquistadors.

A couple of lines in what’s now the third verse came together right there. Within an hour or so, I had the main guitar riff, and the idea for the rising chord progression in the chorus. Within a few days, I’d completed the entire song and had a rough demo recording scratched together on my little four-track tape recorder, and not too long after that I was playing it in club shows in San Francisco.”

When did you first start writing music and performing?

“Though I actually played saxophone in school bands for years, I got my first taste of both songwriting and performing working at a summer camp up in the Sierra Nevada mountains in California. I’d always loved music, and I was just starting to learn to play guitar and write, so when other camp staffers needed a baritone voice to round out their goofy a cappella octet, or someone to write a Hall & Oates parody to teach little kids how to play in the sandbox, I always volunteered. I gradually progressed from writing parodies of famous songs to writing my own stuff…but I’m definitely never letting anyone hear those first hundred or so songs I wrote!” 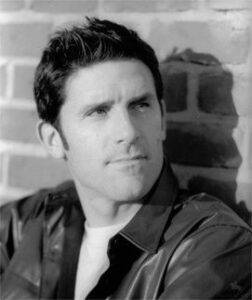 Have you been to Trujillo or Extremadura? The Extremadura region of Spain has such a rich history – the Iberian Peninsular Wars, the birth place of the conquistadors, Ferdinand and Isabella’s funding Christopher Columbus’s trips to the New World – would you ever write another song about the region?

“No, I have not been to Trujillo or Extremadura yet, but I’m really interested in visiting. I’ve been very curious about Extremadura for a long time, ever since learning that both Cortez and Pizarro were from that region, and reading that it was barren and tough enough that the locals were willing to seek their fortunes in a completely unknown new world rather than make a go of it at home.

I’m hoping to fit it in on my next visit to Spain, which is one of my two favorite countries on earth to travel in. I’ve really enjoyed previous visits to Madrid, Barcelona, San Sebastian and Bilbao, and especially Seville and Granada.

I could definitely see writing another song about Extremadura, or one of the many interesting historical aspects of the region. Pretty much everything I’ve ever heard about that part of the country is right in my wheelhouse as far as creative inspiration goes.”

If you were going to write a song about any of the Trujillo Villas Espana villas, which one would it be and why? What would you call the song?

“You know, it’s really tough to experience just one aspect of a place through photos and get some kind of creative inspiration from that. All of the villas actually look like they’d be amazing places to settle into for a songwriting session, though.

Villa Martires in particular seems as though it would be an incredible place to wander through with a guitar, a bottle of wine and a notebook sometime after midnight. I mean, Roman villa, military garrison, Moroccan loggia? Come on! That’s practically a song right there!”

What do you have coming up for your music?

“Well, I’m starting work on another album right now. I’ve got a backlog of 30 or 40 songs piled up. A quick glance at the small avalanche of lyrics which has taken over one entire corner of the studio reveals songs about, let’s see… proper emergency room protocol, outfits for horses, and world peace. You know, the usual stuff.

So I’ll be too tied down in the studio to do much touring for a while, but I’m really excited about doing some live webcam shows from a studio/intimate performance venue I’ve built in my house. I’m still putting the final touches together for this in terms of the technology, but pretty soon I should be able to broadcast high-definition video and sound to people around the world, and test out some of the new songs on them!

I anticipate that several of my musician friends will be coming by, and jams with some other special guests are on the radar too.”

We’d like to take this opportunity to give a big shoutout to Mike Baker and for taking part in the interview. It’s interesting to hear about the creative process and not every day we get to interview someone who has written a song featuring Extremadura. 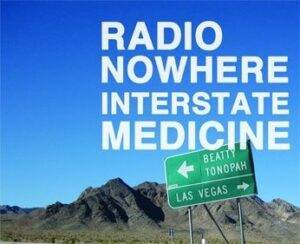