Extremadura and Trujillo featured in ‘The Sunday Times’

In a ‘Sunday Times’ special featuring Spain and Portugal as one of the year’s best holiday destinations, nearby Caceres was featured as being Spain’s “Capital of Gastronomy for 2015.” In the article “Culinary outpost Caceres savours its year in the sun” Trevor Baker traveled to Extremadura and explored the region’s offerings.

The award of “Capital of Gastronomy 2015” goes to a different city every year and is a special honour for Caceres. Caceres and Extremadura region, including Trujillo, are the go-to holiday destination for foodies who want to taste their way through a new, hyper-local food scene in Spain.

Baker noted the privacy Caceres, and the entire region of Extremadura, offers vacationers. He enjoyed the area’s impressive architecture and appreciated the local delicacies such as patatera, a sausage speciality and an ice-cream made with Torta del Casar, a local sheep’s cheese.

However, the best cheese Baker tasted was in Trujillo. The cheese benefits from the local sheep it is made from, and in early May, Trujillo hosts the National Spanish Cheese festival. Baker especially loved the Serena cheese, which he discovered at La Despensa and even took a round of the cheese home. He also enjoyed the scenery of Trujillo from the peaceful landscape to the lush hills. Finally, Baker expresses his interest in the history of Trujillo.

The town dates back to 600 BC and is encircled by a wall that was initially begun by the Romans and finished by the Moors. Many of Trujillo’s earlier residents were strategically involved in the discovery of the Americas, and when these explorers returned to Trujillo, they transformed the town into the old-world fantasy tourists can currently visit, with large castles, mansions and villas.

Additionally, Trujillo was featured in “The Hottest Hotels and Villas” article. Author Rob Crossan described Trujillo as,stylish and individual, with the Artists Studio the most bijou.” He also described the views of Gredos Mountains from Villa Moritos, which are stunning and will “help bring out your inner Miro” 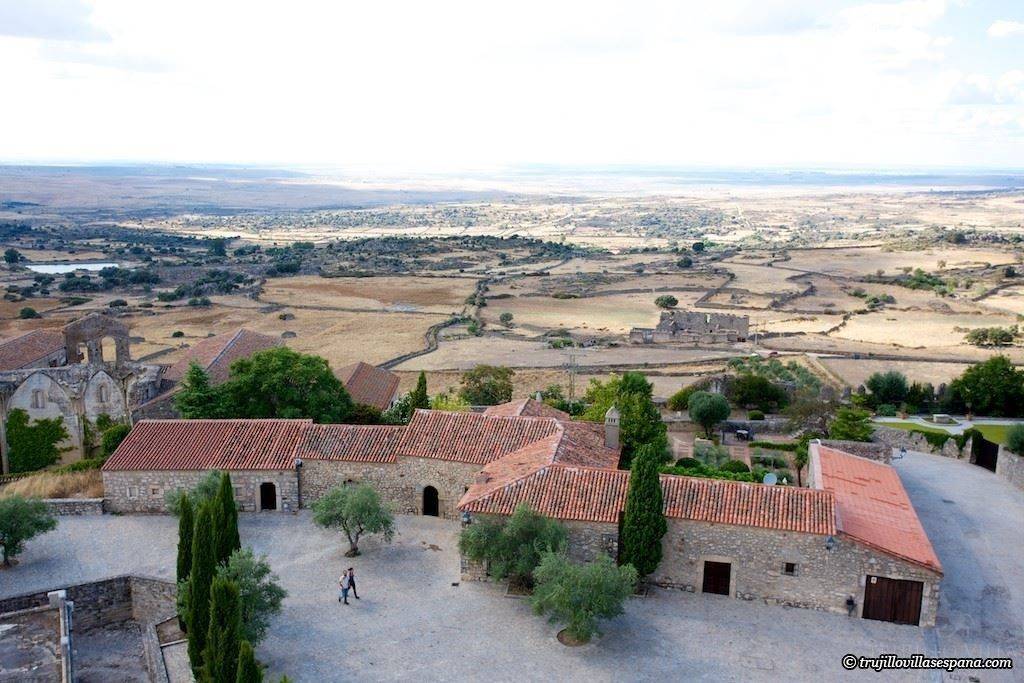 Rent your own luxury villa in Trujillo for the perfect holiday in Extremadura. Some of our luxury villas date back to the 12th century and have been meticulously restored and refurbished. You’ll have the perfect holiday accommodation with any budget range. We also provide luxury holiday experiences, like cookery courses, so you can learn to cook Extremadura’s delicacies and take a taste of your holiday home.