Trujillo is located perfectly within Extremadura for providing world class birding watching. Our guests come from all over the world to use our luxury rental properties in Trujillo as a base for an exclusive bird watching adventure.

Trujillo is at the forefront of birding initiatives and policies within Extremadura and other regions of Spain. Due to the large number of Lesser Kestrels and White Storks in the area, Trujillo is one of the few urban zones with Special Protection Areas for birds in Europe.

The stunning plains of Trujillo are home to many species and many rare birds. The plains around Trujillo are home to Lesser Kestrels and Great Bustards and are located right on the doorstep of the Trujillo Villas. The occasional Montagu’s Harrier has been spotted flying high above the towers of Trujillo, a fascinating sight to see and one that will never be forgotten.

The Black Vulture, one of Europe’s rarest birds, is frequently seen among Trujillo’s ancient buildings. The plains are also where you will get the opportunity to spot a Spanish Imperial Eagle or Bonelli’s Eagle, which is an awe inspiring sight to witness.

One of the spots that all our bird watching guests adore is Monfragüe National Park.

It’s only a short 30-minute drive from Trujillo and guests will have the opportunity to see many species of birds and wildlife including the Spanish Imperial Eagle, white and black storks, three species of vulture, wild deer and otters. Monfragüe National Park is also home to the Eagle Owl and Eurasian Scops Owl and the chicks can be seen nesting during the Spring which is a very special experience.

The Villuercas mountains are also nearby within 90 minutes drive from Trujillo Villas. Black storks frequent the lush hills and you may even get to see a Peregrine Falcon.

The harsh wetlands of Sierra Brava and the reservoirs of Arrocampo are also a popular destination for the birding community in Extremadura. 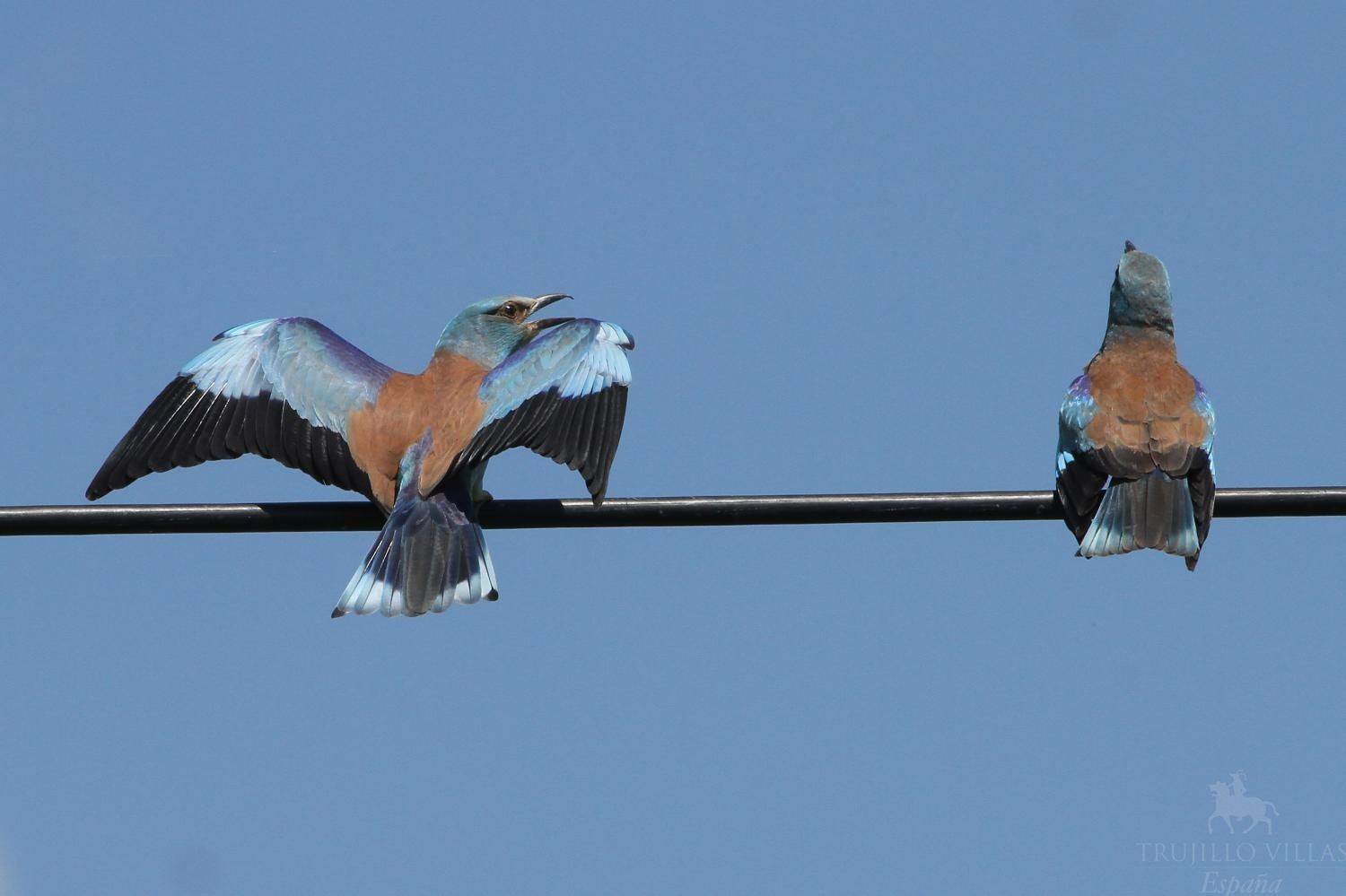 Extremadura is such a special place to visit because it hasn’t been commercialized or diluted by tourism. This rings true for birding as well, as guests of Trujillo Villas can observe the birds in their natural setting, without any disturbance from modern life.

This all adds to a truly invigorating experience. When you add Trujillo’s immense history with the wonders of the fauna, you can truly feel transported to any past century, as the landscape has changed so little in the ensuing centuries. Butterflies, orchids, medieval towns, stone castles and fresh homemade cuisine culminate in a sensory overload.

Trujillo is the centre for birdwatching in Extremedura.

The council of Trujillo launched “Trujillo Birdwatching” which was a project created at the Monfragüe International Bird Fair in 2013.

The project seeks to extend the reach of bird watching activities so that Trujillo may solidify its importance as the birding capital of Extremadura and Spain.

The Monfragüe International Bird Fair (FIO) takes place this year at the National Park from 24-26 February 2017.

It’s no wonder that people travel from all over the world to-be-a-part of one of the world’s most stimulating bird watching experiences. For more information and to book our villas please contact info@trujillovillasespana.com.

The wildlife photography in this article is credited to Alan Redley. Alan Redley is an enthusiastic photographer a regular guest at Trujillo Villas staying in Villa Moritos. We are impressed!