Following on from the recent rumours that Trujillo Castle is set to be transformed into Casterly Rock in HBO’s cultural phenomen Game of Thrones, we are excited to announce our feature in The Arts Shelf. 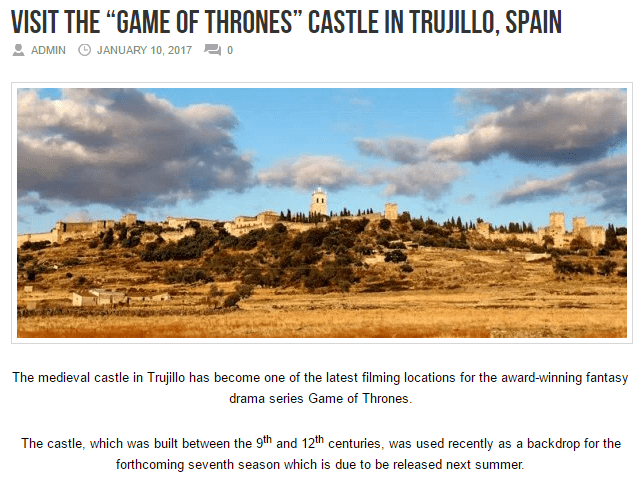 Trujillo has a rich and exotic history, befitting for a seat as grand as Casterly Rock. Fans of the show will know that the Lannisters are famed for their wealth with Casterly Rock situated literally on a goldmine reflecting their vast riches. In 2012, Forbes placed Tywin Lannister as the 12th richest fictional character.

Although there isn’t a goldmine located under Trujillo, the town and local areas boast an expensive past.

They brought back with them innumerable treasures to the region and Trujillo is famous for its preserved architecture of the period.

In fact, Villa Moritos was originally a conquistadors mansion giving perhaps the closest opportunity for you to stay at a property like Casterly Rock.

Featured in The Arts Shelf are two of our luxury villa rental properties in Spain, the Artists Studio and Villa Martires.

The Artist Studio is a boutique retreat, ideal for a couple, high up in the town by the Castle. It has unspoilt views of the Spanish countryside – some of which may also have been used as scenes for Game of Thrones Season 7.

Villa Martires is also high up in the old town by the Castle and has spectacular 180 degree views of the countryside. The villa is a grand space with vast interiors and a Roman-style pool, perfect for cooling off in the Spanish sun. 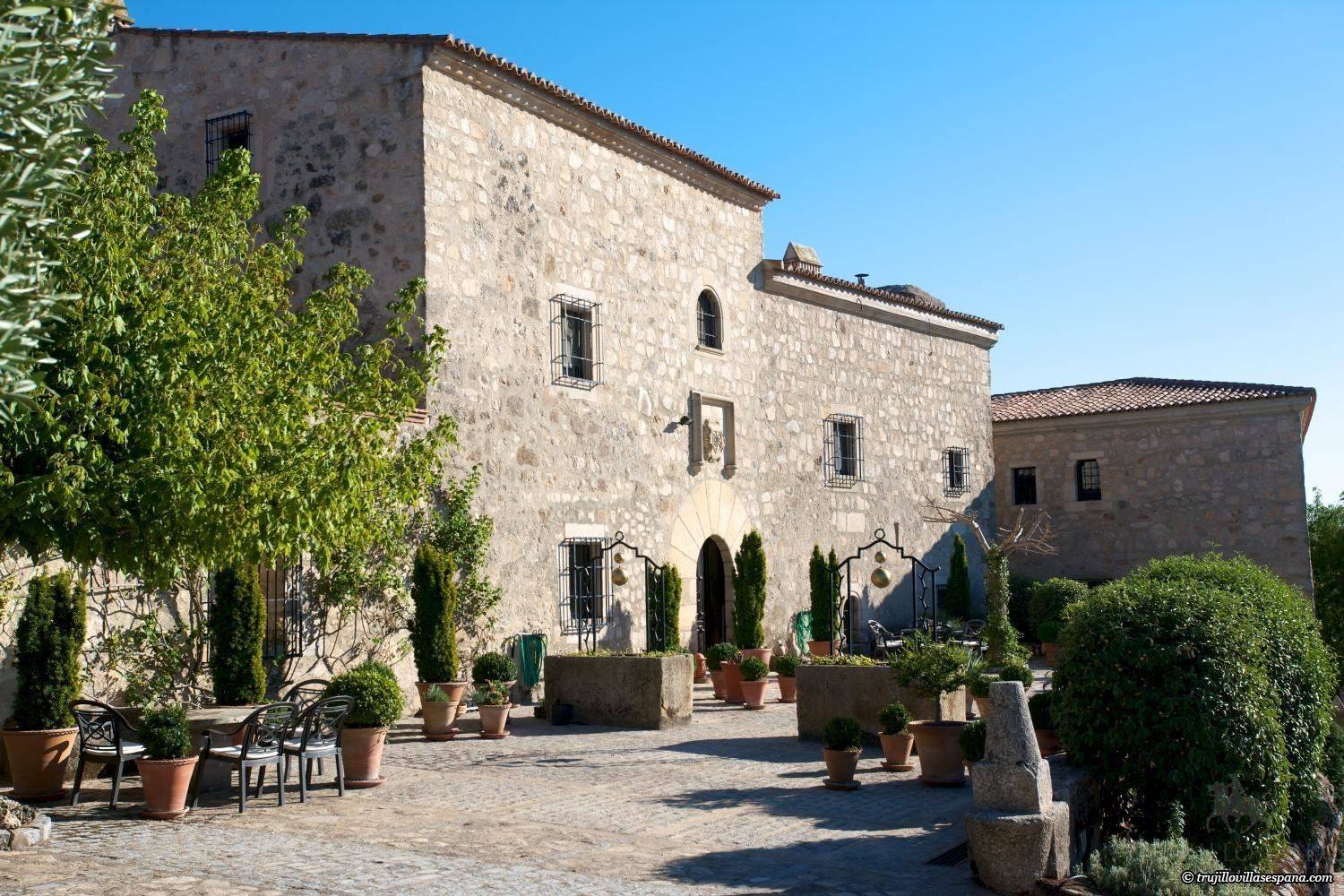 If you’re looking to visit a real-life Game of Thrones set then why not visit Trujillo and stay with us. Get in touch today.