Game of Thrones’ Season 7 may have just aired, but whilst you may have to wait until 2019 for you to watch the series ending Season 8, you don’t have to wait quite so long to recreate some of the Westeros magic yourself.

That’s because Trujillo, and other locations in Extremadura, have been featured prominently in this season of Game of Thrones.

And Trujillo Castle was placed front and centre for two dramatic scenes.

Please note there may be spoilers in this article if you’ve not watched all of Season 7!

Firstly the Castle was used as the setting for Casterly Rock – the Lannisters’ ancestral home. In Season 7 Daenerys, having finally travelled to Westeros and reclaimed her ancestral home at Dragonstone, sent her army of the Unsullied to occupy it. 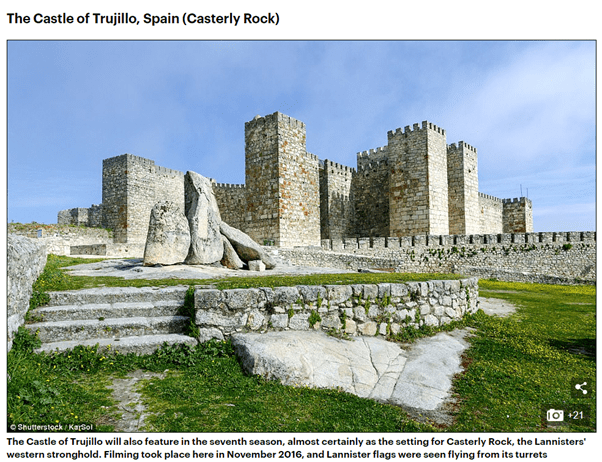 But what you may not realise is that Trujillo Castle was also a scene in the Season 7 finale!

Below you can see Jamie and Bronn helping to man the defence preparations. 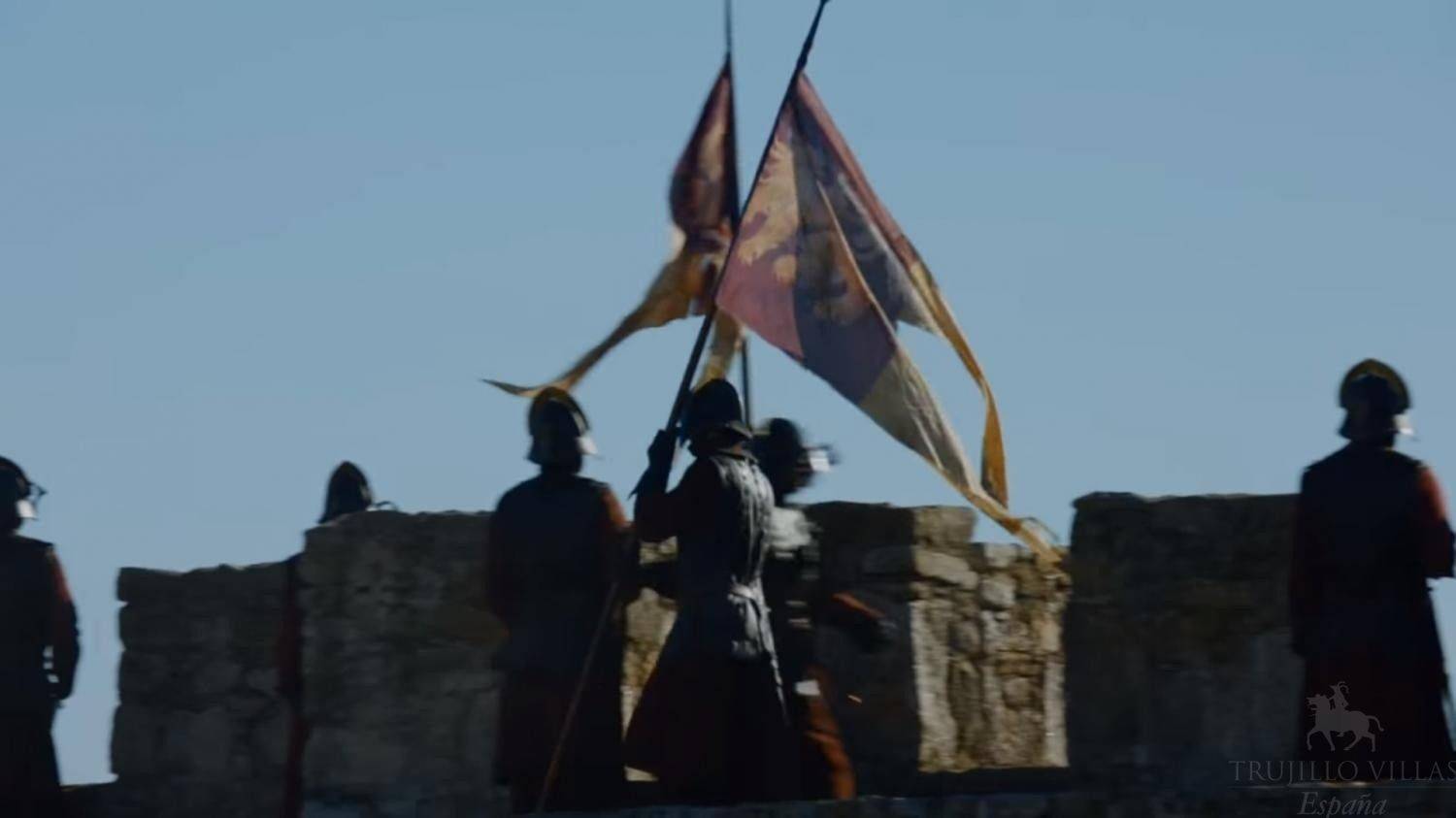 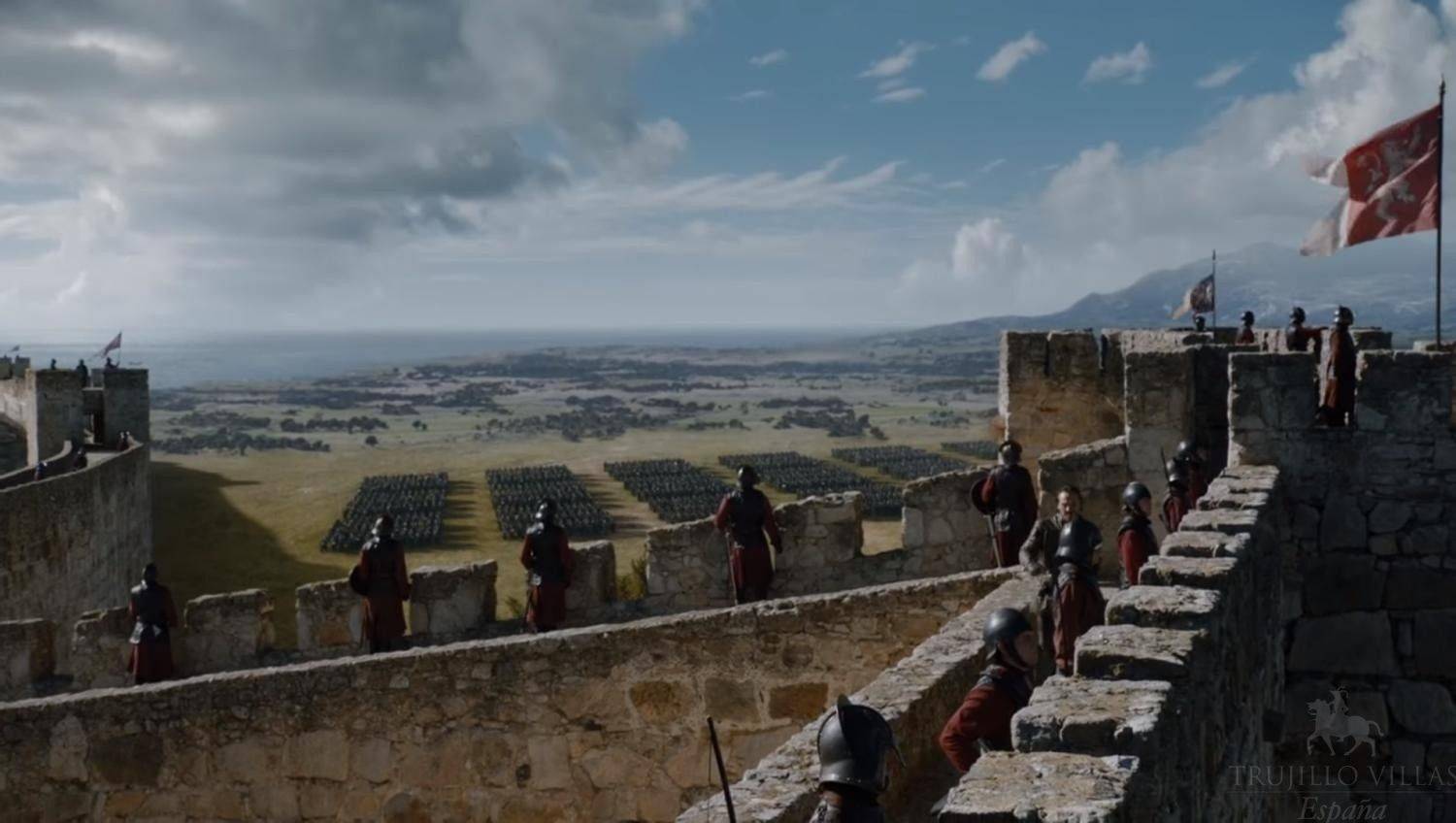 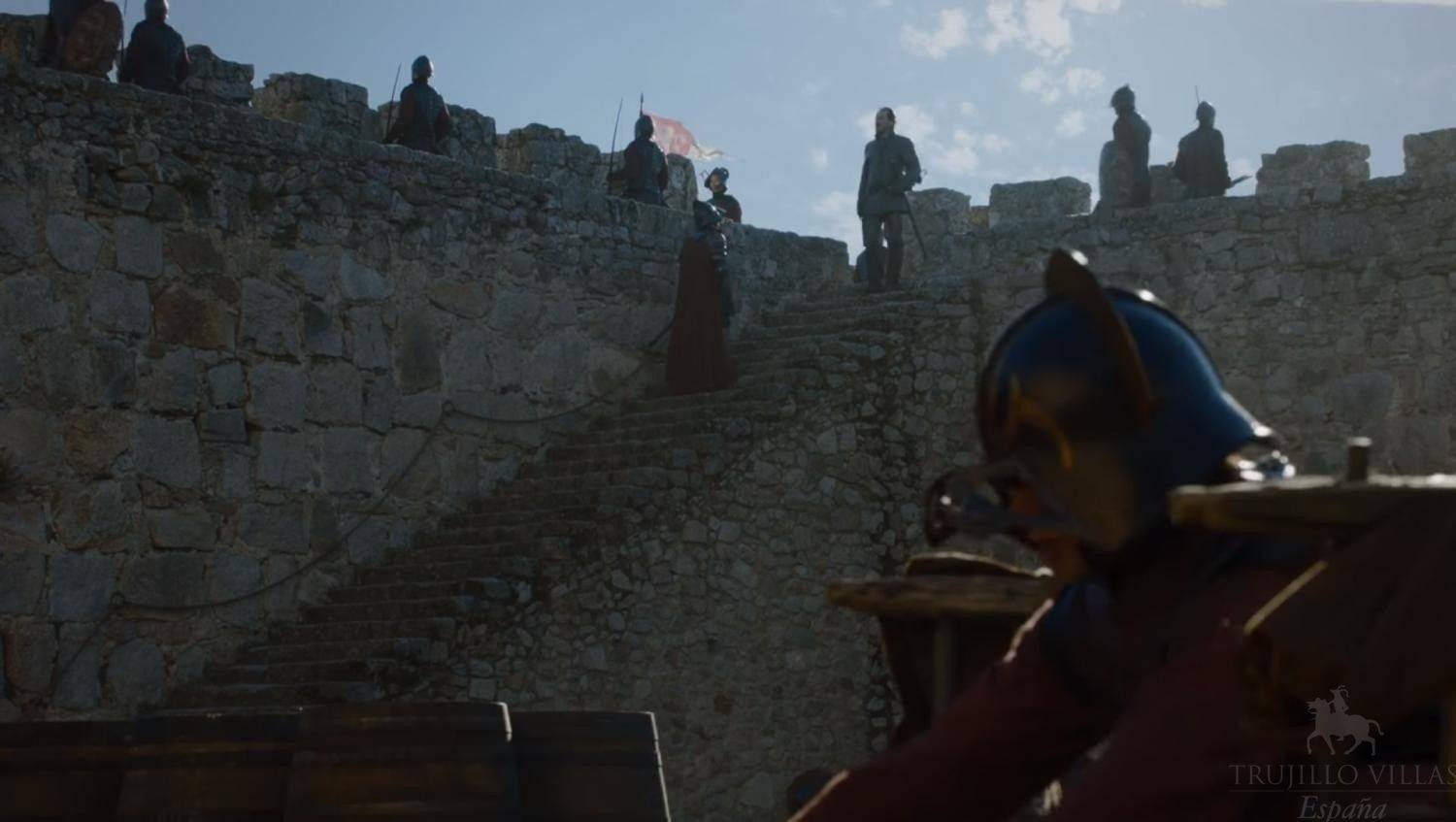 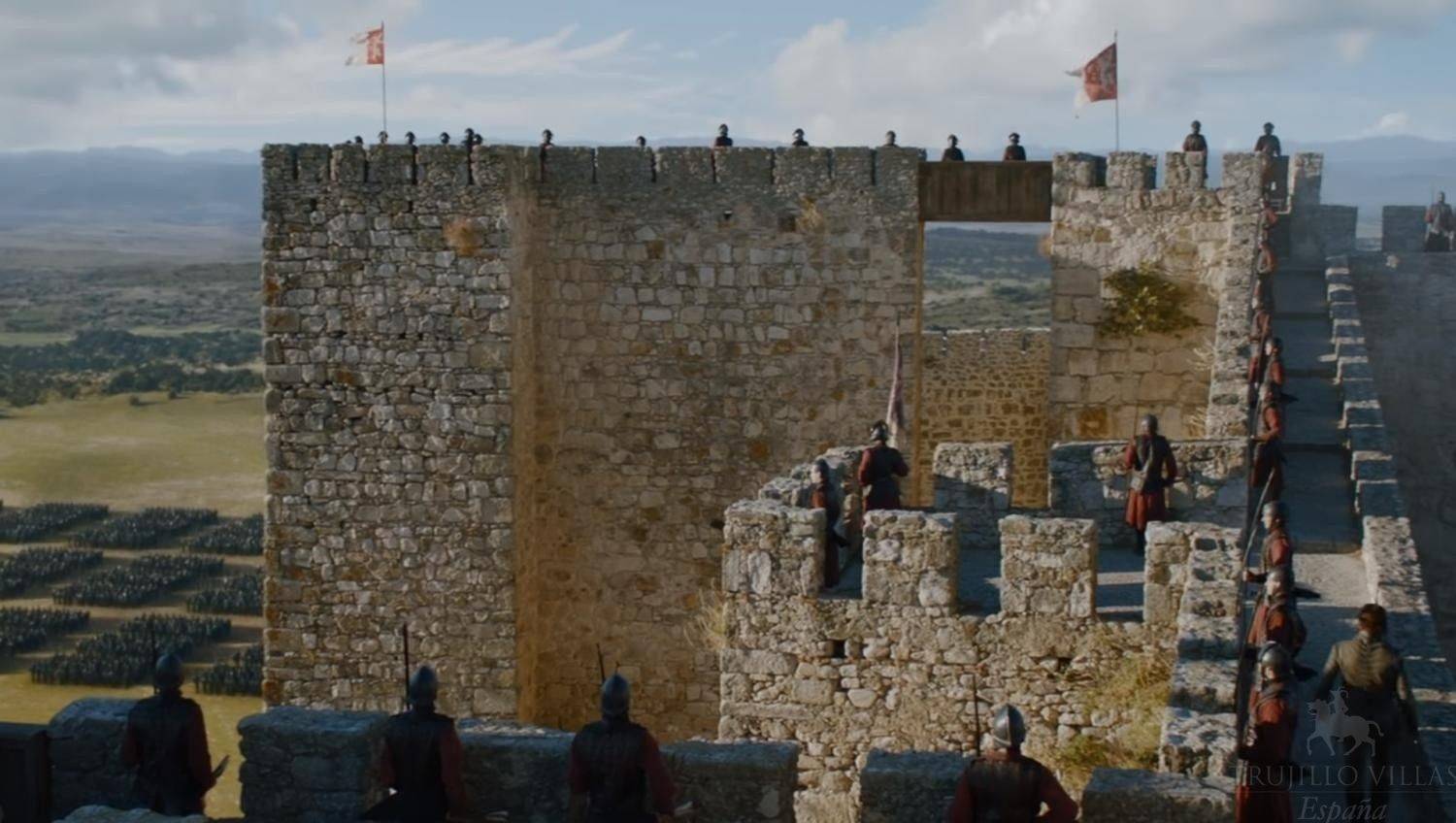 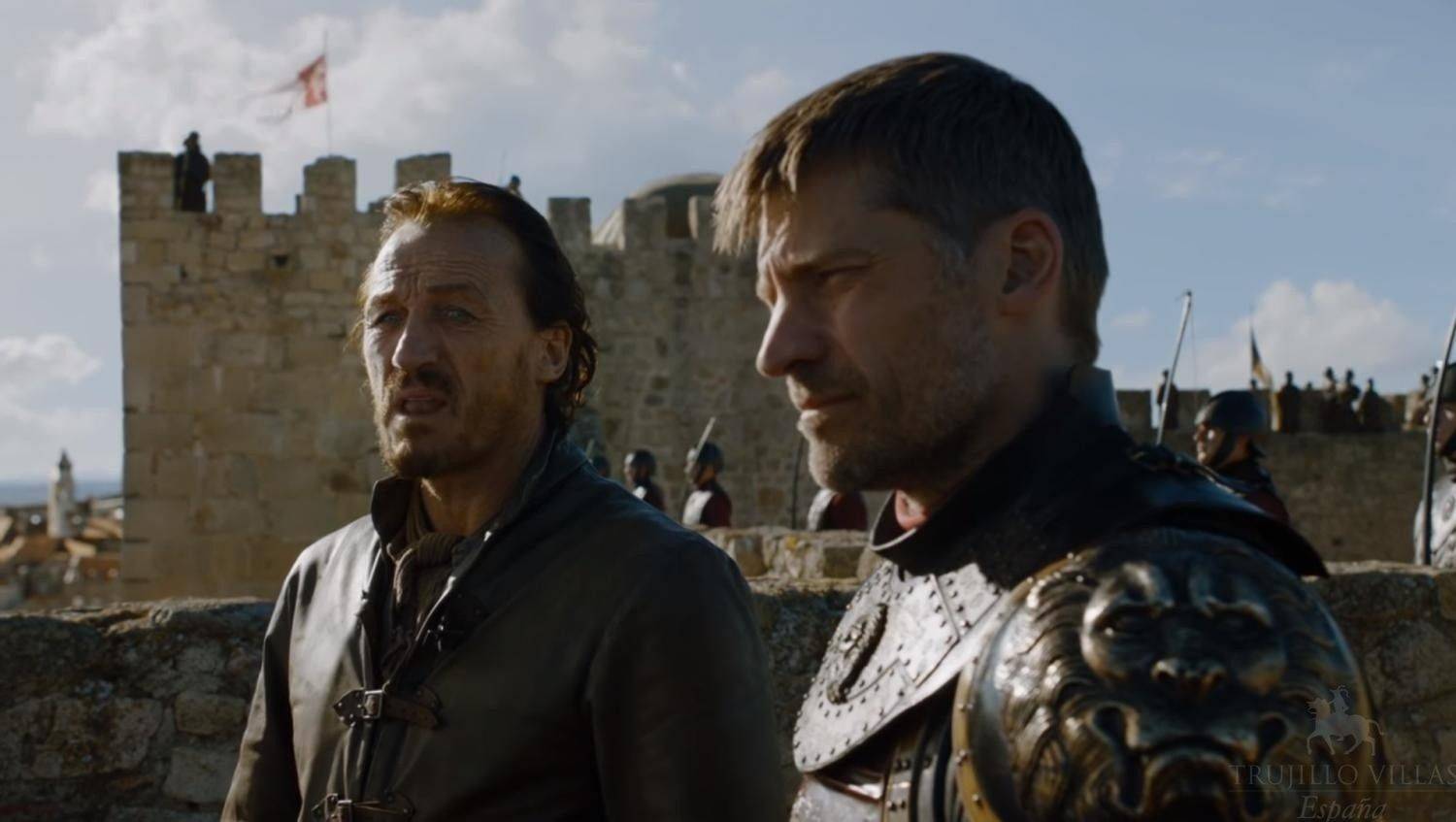 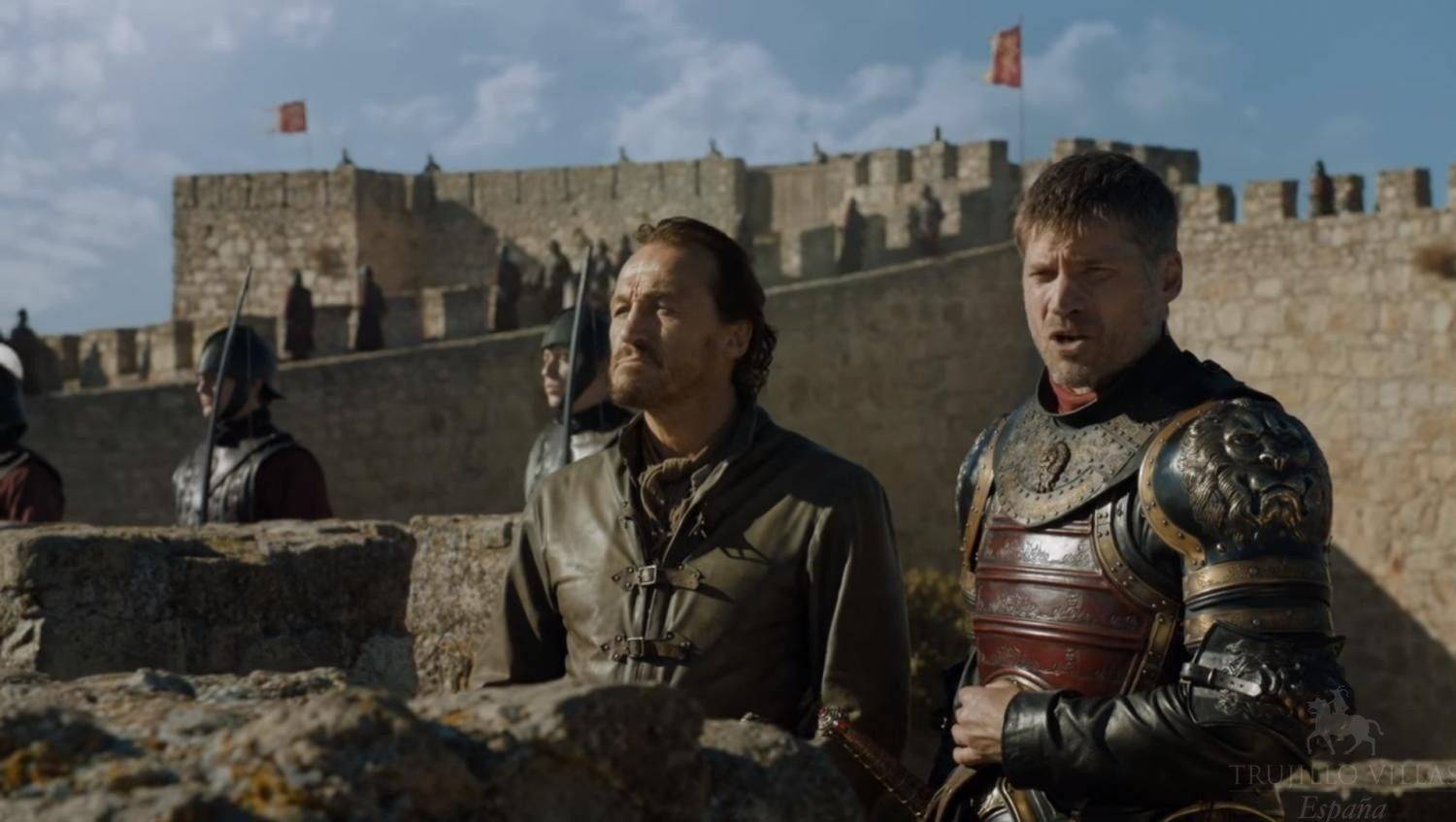 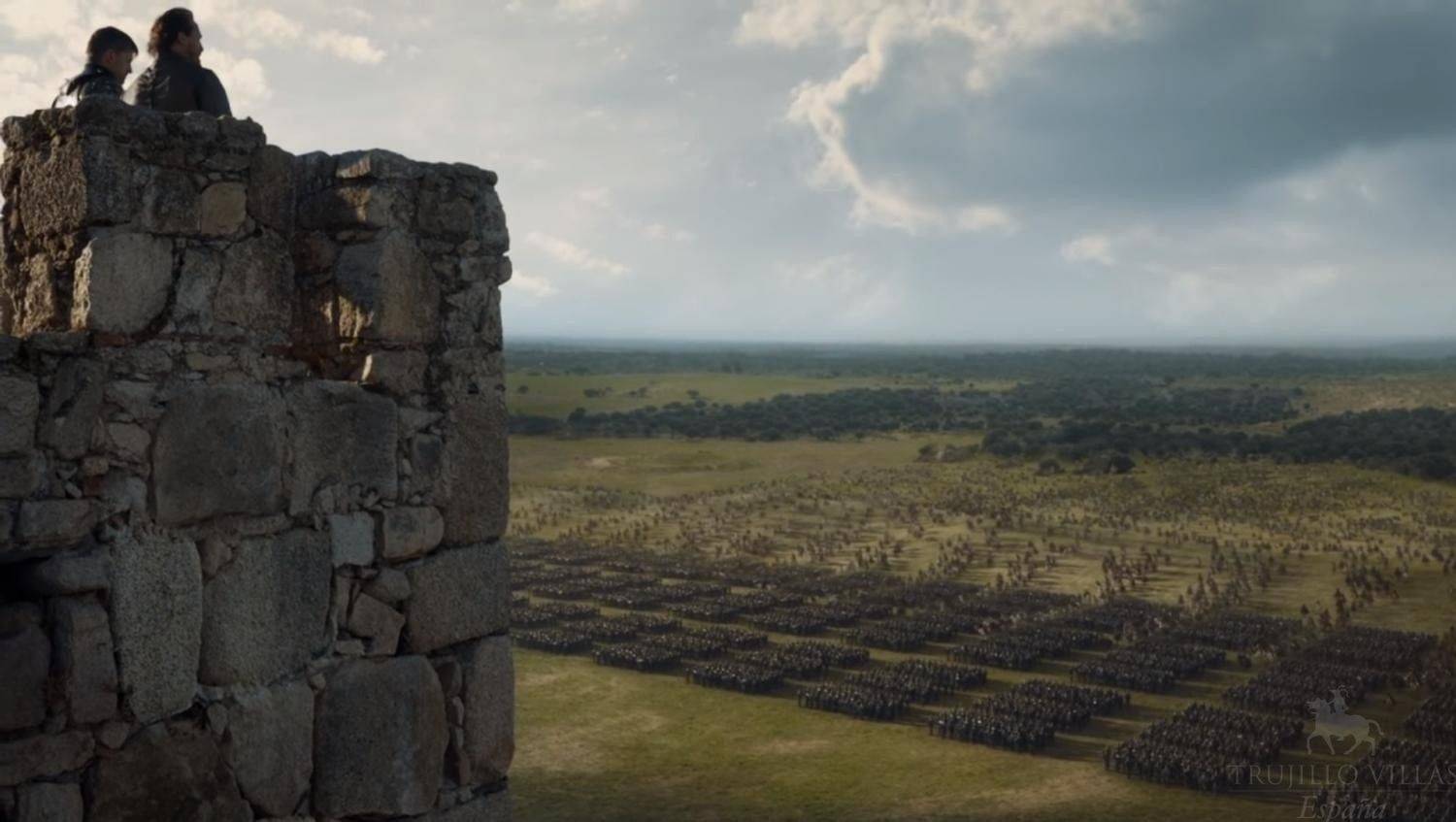 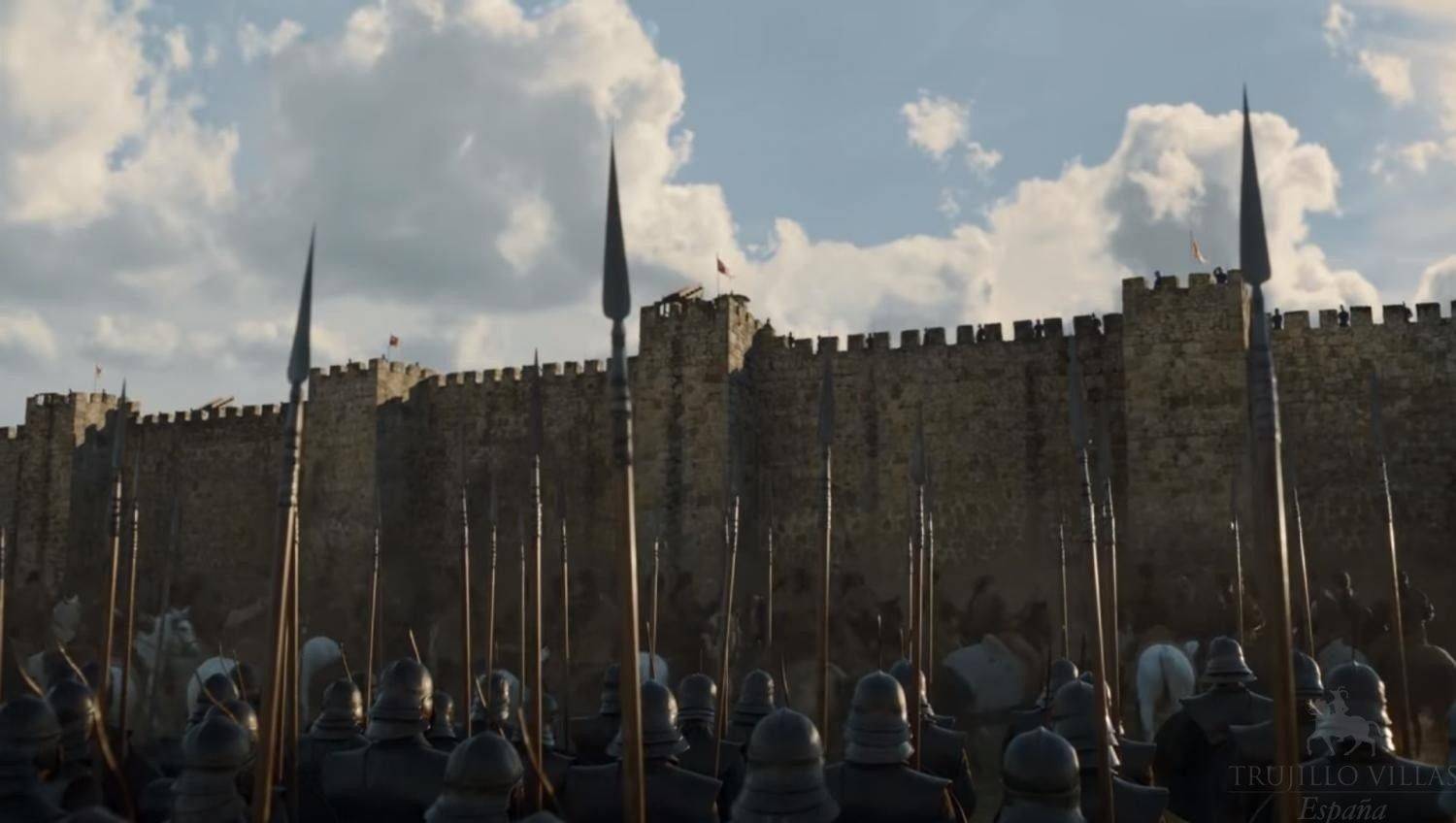 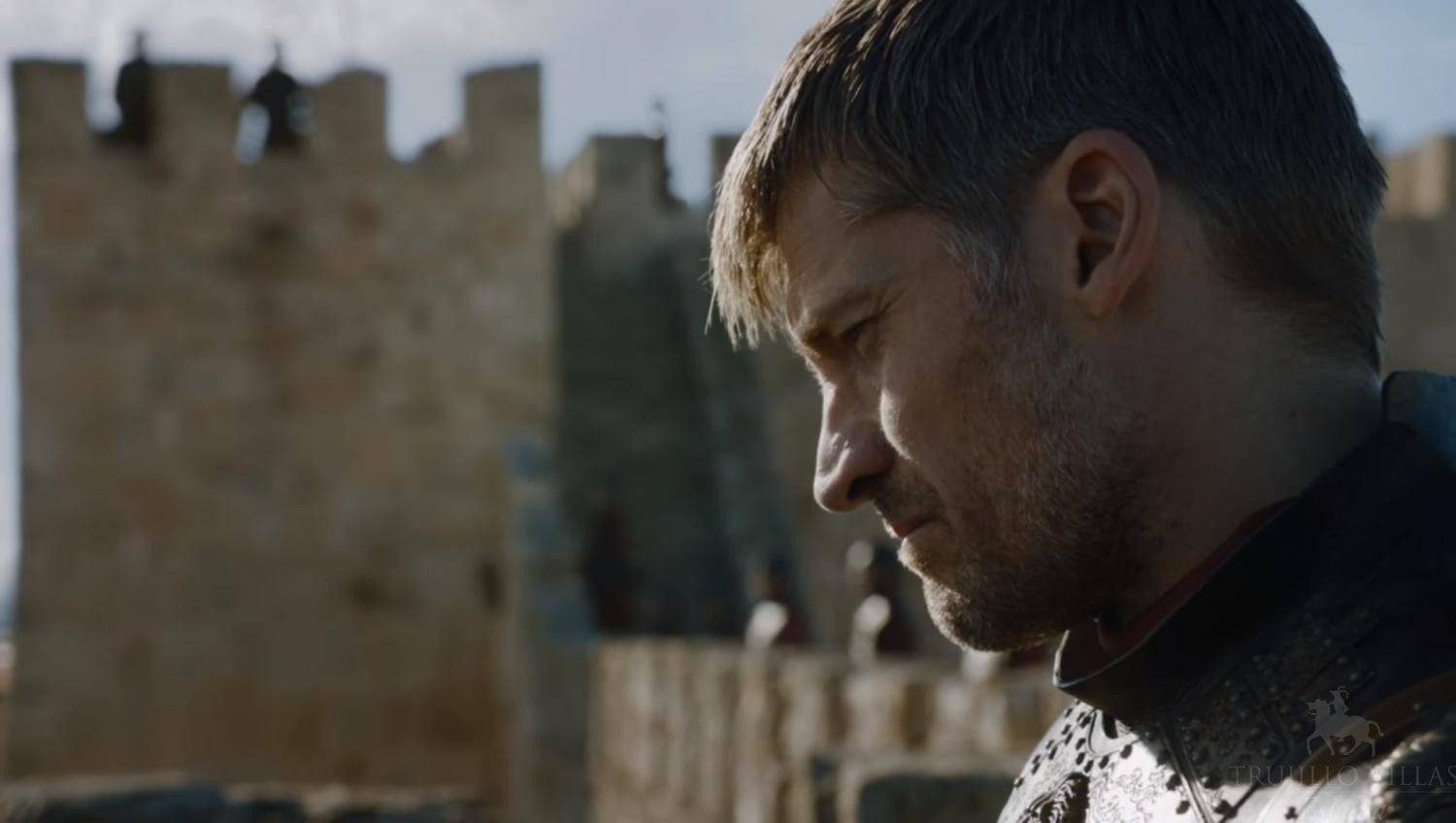 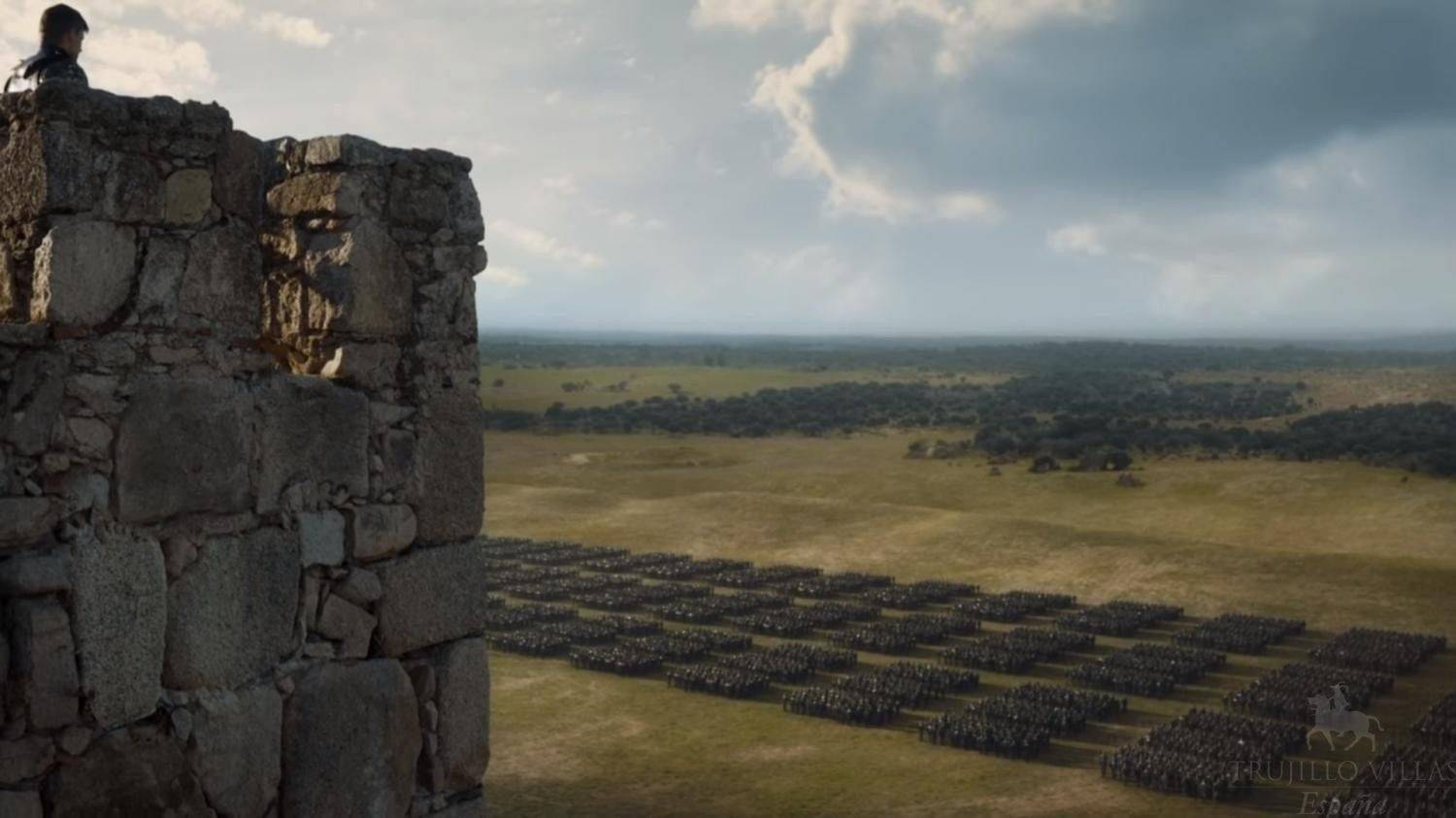 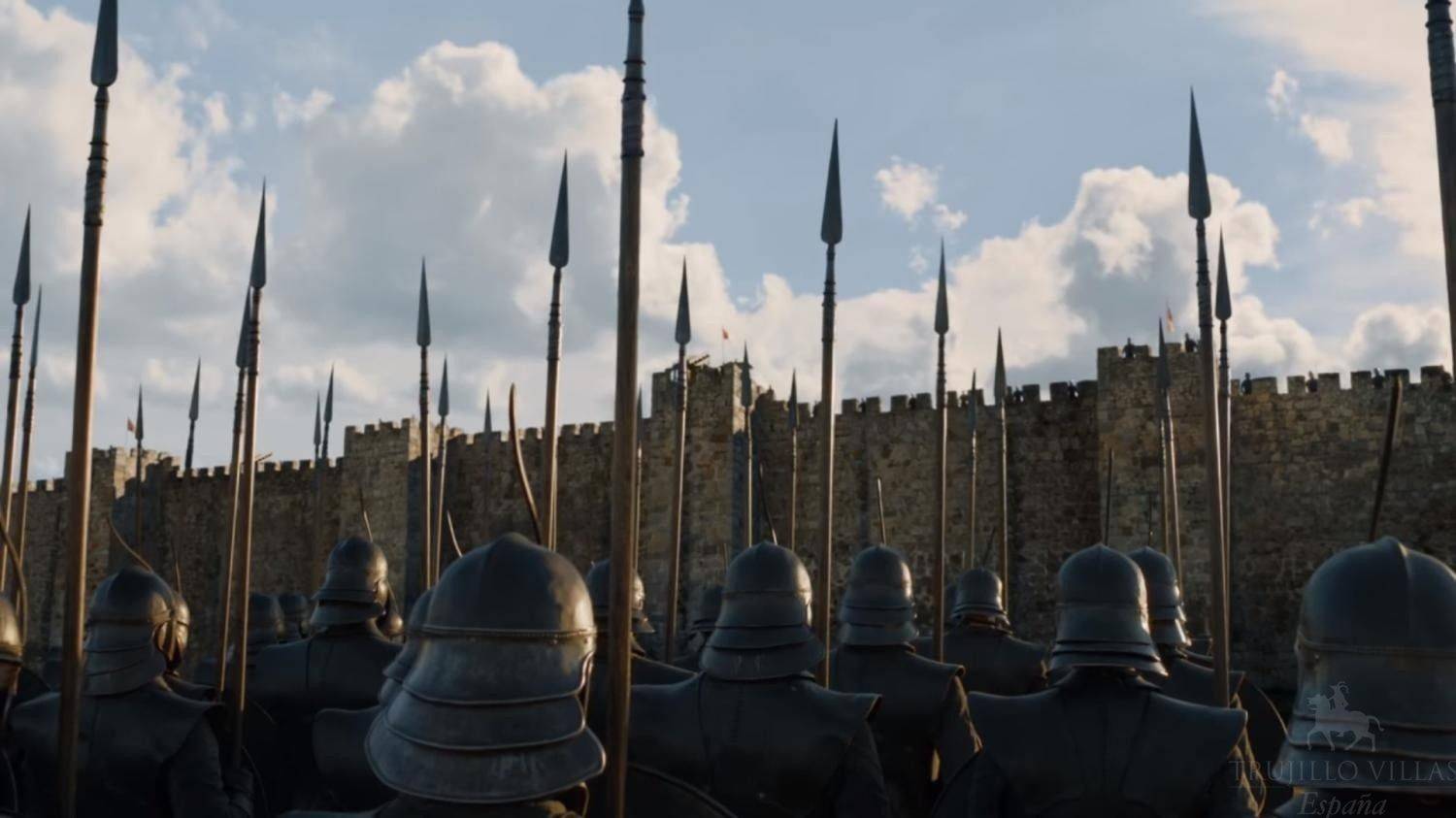 So Trujillo Castle was used for two very different scenes but looks magnificent in both!

And thanks to Trujillo Villas Espana, you can stay in King’s Landing and Casterly Rock!

Villa Martires and the Garden Cottage are directly next to the Castle and are perhaps the closest place you can stay. The views in both properties in fact match the views from the Castle so whislt you’re relaxing in the private gardens, you can also pretend to be Jamie or Bronn, or perhaps one of the Lannister children growing up before Cersei married into House Baratheon and moved the family to King’s Landing.

To make your stay even more magical – our two villas would have actually been where the soldiers stayed in Roman times!

Speaking of which, up until now, King’s Landing was mostly filmed in Croatia.  However you may have noticed that it looks a bit different in Season 7.

That’s because King’s Landing was also filmed in Caceres this time round.

Caceres is the capital of Extremadura and is famed for its gorgeous food and vibrant but relaxed atmosphere. Trujillo is just a short 30 minute drive away though so it’s the perfect place to stay as base as you explore Game of Thrones in Spain.

Enter Daenerys and Drogon in Spain 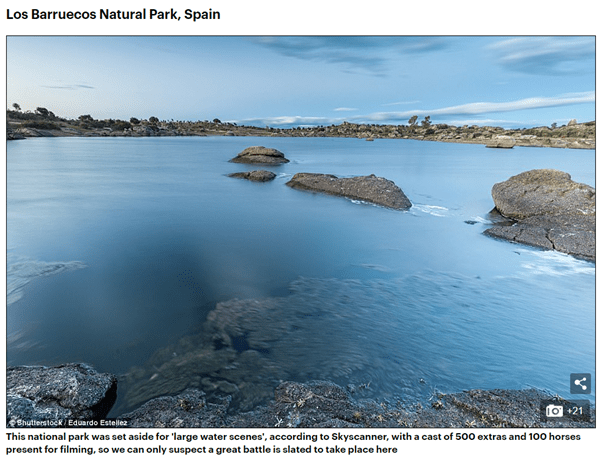 Finally, in episode four, The Spoils of War, Spain placed host to perhaps the most awe-inspiring introduction we have seen in Game of Thrones for a long time.

Los Barruecos Natural Park is located in Extremadura and is less than an hour away from Trujillo.  This beautiful natural wonder has many lakes and granite rock formations that undulate throughout the landscape – when you visit it’s hard not to imagine you’re on another planet.

Los Barruecos was the scene where we finally saw the true power of Daenerys and Drogon together. Flying into battle for the first time, Drogon’s verocity left many viewers and indeed characters amazed. For many people this is a standout episode of Season 7.

Where to stay in Spain for a Game of Thrones tour

Amazingly, Trujillo is less than an hour away from Los Barruecos, and even less from Caceres. And staying in Trujillo itself means you technically get to stay in Casterly Rock and King’s Landing!

From Trujillo you can visit the scene of Daenerys’s first foray into the battle for the Iron Throne in Westeros and walk along the medieval cobbled streets of Caceres and relive King’s Landing.

Trujillo Villas Espana have a number of beautiful luxury villas available for you to stay at in the heart of Trujillo. The Garden Cottage and Villa Martires is the closest you can get to staying in Trujillo Castle itself. The horizon that Jamie Lannister and Bronn overlook when the Unsullied arrive is the exact same view you’ll have from your stay!

Perhaps you’re a Game of Thrones mega fan and have already visited other settings like in Northern Ireland or Croatia – now is the perfect time for you to tick more locations off your list!

Or perhaps you know someone who loves Game of Thrones and are looking to surprise them with an amazing gift! What better than a trip onto the real set of the show?

Contact us today if you have any questions or requests. We can also arrange a trip to Trujillo Castle as part of your stay so you can walk the same steps as Jamie Lannister!